“Black race was independently associated with a higher risk of future SRC,” its researchers wrote. “Further studies are needed to elucidate the mechanisms that underlie this important association.”

The study, “Association of Race and Risk of Future Scleroderma Renal Crisis at Systemic Sclerosis Diagnosis,” was published in the journal Arthritis Care & Research.

Scleroderma renal crisis is characterized by sudden high blood pressure, kidney failure, and heart failure. A number of studies have shown that morbidity and mortality from scleroderma vary according to race; Blacks are generally at higher risk of worse scleroderma outcomes. However, it has not been clear whether there is a connection between race and risk of SRC.

Now, a team of U.S.-based scientists analyzed data from the United States Military Health System to evaluate the relationship between SRC and race.

“Given the disproportionate health burden faced by those with SRC, understanding racial predisposition for this potentially fatal complication at the time of SSc [systemic sclerosis] diagnosis could lead to better clinical surveillance and prospective research,” the team wrote.

The researchers identified 294 systemic scleroderma patients with a recorded race — 79 were Black, and the remaining 215 were non-Black. At diagnosis, Blacks were generally younger and were more likely to be male compared with non-Blacks.

Statistical analyses that accounted for factors like age and measures of kidney function indicated that Blacks were six times more likely to have scleroderma renal crisis than non-Blacks.

Further analyses showed that some factors — such as high blood pressure or high levels of protein in urine (proteinuria, a sign of kidney dysfunction) — were associated with an increased risk of SRC independent of race. However, other factors varied.

Specifically, significantly more Black patients with SRC had anti-Ro antibodies than Blacks without SRC (45% vs. 14%), but there was no difference for non-Blacks. Conversely, older age, cancer, and low platelet levels helped predict SRC in non-Blacks, but not Blacks. (Anti-Ro antibodies are among the common self-targeted antibodies found in scleroderma patients.)

“Our data suggest that Black and non-Black SSc patients have some unique risk factors for future SRC diagnosis,” the researchers wrote, adding that race-based risk factors for SRC “have not been previously reported.”

“Based on our novel findings, Black SSc patients with anti-Ro antibody and proteinuria should be closely monitored for SRC,” they added.

Given the study’s design, the researchers cautioned that it is impossible to draw reliable conclusions about cause-and-effect, noting a need for further research to untangle the relationships between race and scleroderma.

“Identifying unique risk factors for future SRC development for Black and non-Black SSc patients would be important in earlier diagnosis, therapeutic intervention, and improvement in long-term clinical outcomes,” they concluded. 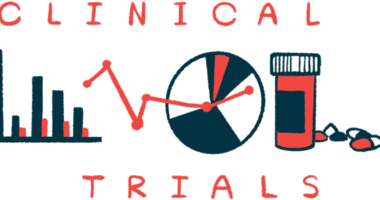