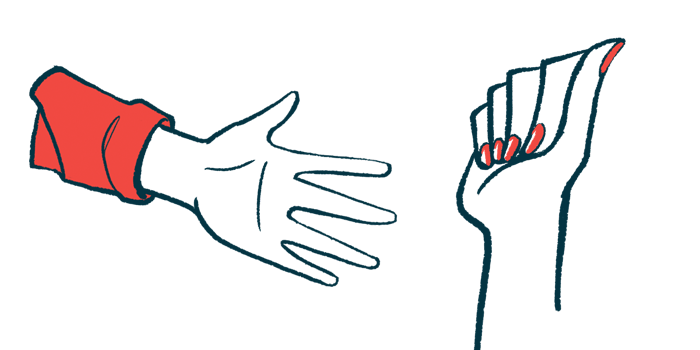 The U.S. Food and Drug Administration (FDA) has approved a clinical trial to determine the safety and efficacy of adipose-derived regenerative cells (ADRCs) for the treatment of hand dysfunction in patients with diffuse cutaneous scleroderma, Paracrine has announced.

The ADRCs will be produced with Paracrine’s Celution medical device technology, which the FDA approved under an investigational device exemption (IDE).

“We are pleased to have received IDE approval and look forward to initiating our pivotal study with our novel platform in this important indication,” Christopher J. Calhoun, CEO of Paracrine, said in a press release.

In diffuse cutaneous scleroderma, an overproduction of collagen — a protein involved in keeping tissues firm and flexible — leads to excessive buildup and scar tissue. The resulting swelling, inflammation, and tightening of skin contribute to hand dysfunction that can affect daily activities in many patients with this type of scleroderma.

Paracrine has now applied its Celution technology to address this problem.

Celution uses a patient’s own adipose, or fat, tissue to extract cells and generate a suspension of ADRCs. These ADRCs — a mixture of stem cells and other regenerative cells — are injected back into the patient, under the skin of the hands, helping to reduce cell death, modulate inflammation, and promote healing.

Cytori Therapeutics, which first developed Celution, previously conducted a Phase 3 trial called STAR (NCT02396238) to evaluate the safety and efficacy of the therapy in people with systemic sclerosis.

In that trial, ADRCs were tested in 88 patients, 51 of whom had diffuse forms of scleroderma, with hand problems and Raynaud’s phenomenon, a problem causing reduced blood flow to the fingers.

Results showed that, overall, the treatment was safe but did not significantly improve hand function. However, it was effective in a subset of people with diffuse forms of scleroderma.

Now, Paracrine will conduct the Phase 3 STAR II trial to further evaluate the therapy in patients with diffuse cutaneous scleroderma.

“There are no curative treatments available for hand dysfunction,” said Dinesh Khanna, MD, professor of rheumatology at the University of Michigan and co-principal investigator of the STAR II trial. “Results of prior studies of Celution-processed ADRCs found that the therapy was well tolerated and showed preliminary evidence of efficacy in this patient population.”

The trial’s primary outcome measure will be Cochin hand function scores, which assess the level of functional disability in the hands of scleroderma patients, at 26 weeks after treatment.

“I am pleased with the opportunity to co-lead the STAR II trial with [professor] Khanna,” said Robert Spiera, MD, director of the scleroderma, vasculitis, and myositis center at Hospital for Special Surgery and a professor of clinical medicine at Weill Cornell Medical College. “I participated in the original STAR study and look forward to verifying our promising initial observations in this well-controlled, randomized, double-blind study.”