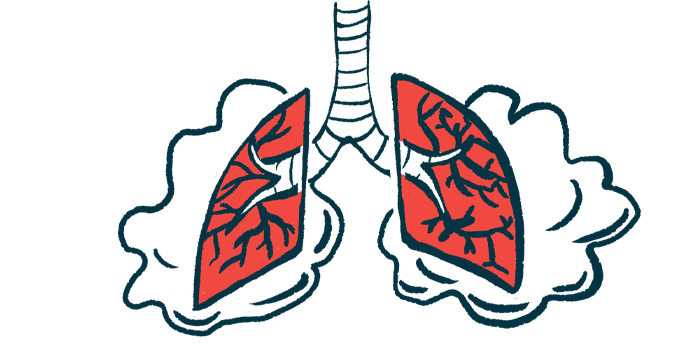 The study,“Rituximab treatment for systemic sclerosis associated interstitial lung disease – A case series of 13 patients,” was published in the Internal Medicine Journal.

Rituximab, a medication that triggers the death of B-cells, a type of immune cell, has been used off-label to treat SSc patients who have ILD, a groups of conditions marked by scarring of the lungs. The medication is marketed as Rituxan in the U.S., and as MabThera in Europe, and is also available as a range of biosimilars.

In this study, a research team in Australia analyzed 13 SSc-ILD patients (six men, seven women; average age 55) at two centers in Perth between 2008 and 2019.

Participants were given 1 g of rituximab at the start of the study (day zero) and at day 14. Several underwent a number of cycles. The mean was four cycles per patient.

The aim was to determine whether rituximab stabilized or improved SSc-ILD patients’ pulmonary function after 12 months. This was assessed at the study’s start (baseline) and again after one year of the first dose, approximately.

Lung function was evaluated by changes in forced vital capacity (FVC), or how much air a patient can exhale during a forced breath, and diffusing capacity of carbon monoxide (DLCO), a measure of the ability of gas to transfer from the tiny airways to the red blood cells.

Improvement in lung function was determined by an increase of at least 10% in FVC and by at least 15% in DLCO, while stabilization was whenever the change in FVC was below 10% and below 15% in DLCO.

DLCO was stable in all patients, 37.10% at baseline and 38.03% one year after rituximab. No patient had worsening of lung function.

The analysis suggests that “rituximab may stabilise PFTs [pulmonary function tests], and delay deterioration, in patients with progressive SSc-ILD,” the researchers wrote. “These findings add to the growing body of evidence suggesting a role for rituximab in the treatment of SSc-ILD.” CDC: Those With Weakened Immune Systems Should Continue COVID Precautions