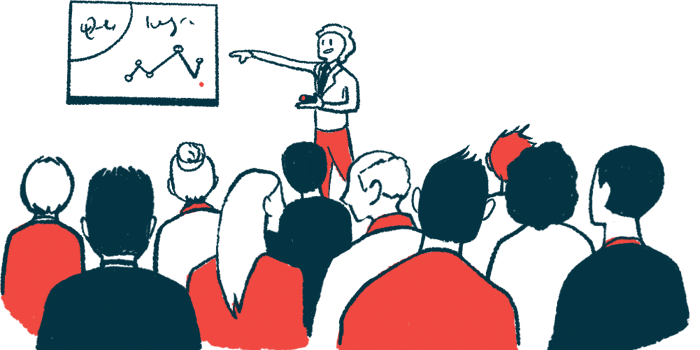 About 2% of people with scleroderma are positive for more than one disease-associated antibody that targets tissues, causing damaging inflammation, according to a new study.

Results suggest that certain antibody combinations may be associated with distinct clinical features.

The study, “Combinations of scleroderma hallmark autoantibodies associate with distinct clinical phenotypes,” was published in the journal Scientific Reports.

Antibodies are specialized proteins made by the immune system. Each antibody has a specific target, called an antigen, and binding will direct an immune attack against the target. Usually, the antigen is part of an infectious agent like a virus, but autoimmune diseases like scleroderma are characterized by the presence of antibodies that attack the body’s own tissue, referred to as autoantibodies.

Prior research indicate that nearly all with scleroderma, also known as systemic sclerosis (SSc), are positive for at least one type of autoantibody. Collectively representing up to 80% of the anti-nuclear antibodies (ANA) detected in scleroderma are anti-topoisomerase (ATA), anti-centromere (ACA), anti-RNA-polymerase III (ARA), and anti-U3-RNP antibodies (U3RNP).

It has long been thought that scleroderma-associated autoantibodies are mutually exclusive, but a few reports noted patients who were positive for more than one autoantibody type, with ATA and ACA being the most common combination. Whether being positive for multiple autoantibodies affects clinical outcomes, however, has not been thoroughly researched.

A team led by scientists at University College London, U.K., examined the autoantibody profiles of 2,799 people with scleroderma, with data spanning 2001 to 2017.

“The aim of this study was to determine the frequency and clinical phenotypes of patients with the co-existence of more than one SSc specific autoantibodies from our tertiary referral center for connective tissue diseases,” the researchers wrote.

“We focused only on SSc specific autoantibodies, as they traditionally have been described as being mutually exclusive,” the researchers noted.

The most common seen were anti-U1-RNP antibodies (U1RNP), present in 72% of the 63 patients. ATA and ACA also were fairly common, in 35% and 32% of the patients, respectively.

Clinical characteristics of the patients with these combinations were compared against data from nearly 1,000 patients positive for only one autoantibody type, and the researchers noted some distinctive features for certain combinations.

In patients with the second most common combination, U1RNP and ACA, the prevalence of pulmonary arterial hypertension was significantly higher compared to patients with either antibody alone.

“We observed not only that the presence of two SSc-specific or SSc-associated [autoantibodies] can influence patients’ clinical phenotype but that each [autoantibodies] could have a different clinical expression according to the combination observed,” the researchers wrote.

Results also showed that 32 of the 2,799 patients (1.14%) had gained an additional autoantibody over the study period, with a median of 38 months (almost 3.2 years) between the identification of initial and gain autoantibodies. For seven of these patients, clinical changes were associated with the autoantibody gain.

The researchers also highlighted four patients whose autoantibody profiles “switched” from one type to another.

“Although it is not our routine practice, these results highlight the potential value of repeat autoantibody testing, especially in the presence of a change in clinical manifestations,” the researchers wrote.

“The knowledge of any additional autoantibody is clinically relevant in prognosticating patients for potential organ involvement. Further work is needed to decide whether regular testing of autoantibodies would be of merit,” they added.

The scientists noted that this study is limited by its retrospective nature and the fact that some study subgroups were very small.