Levels of the protein were higher in patients with diastolic, autonomic dysfunction Levels of a protein called soluble suppression of tumorigenicity-2 (sST2) were linked to signs of cardiac involvement in people with systemic sclerosis (SSc), a study found.

Interleukin-33 (IL-33), a molecule that binds to sST2, was associated with worse skin scarring in patients.

The findings suggest sST2 could be a potential biomarker of certain cardiac complications in SSc patients, but more research will first be needed, the scientists noted.

The study, “Interleukin-33 and soluble suppression of tumorigenicity 2 in scleroderma cardiac involvement,” was published in Clinical and Experimental Medicine.

SSc, also known as scleroderma, is an autoimmune condition marked by immune system impairment, damage to the body’s system of blood vessels, and fibrosis (scarring) of the skin and internal organs.

The heart can be affected in SSc, but patients may not experience any overt cardiac symptoms. Some cardiac problems are linked to an increased risk of mortality in SSc patients.

IL-33 belongs to a family of molecules called cytokines. It acts on its receptor, ST2, to exert its effects. The molecule can also bind to a “decoy” receptor — sST2 — which dampens IL-33’s effects.

While IL-33 has been implicated in a number of inflammatory and fibrotic conditions, it’s also been suggested to have cardioprotective effects. In contrast, sST2 has been proposed as a predictive biomarker of mortality in people with heart conditions.

Researchers in Italy investigated the relationship between blood levels of IL-33 and sST2 with clinical features and signs of cardiac involvement in 50 SSc patients (median age, 57; 45 women) and 14 healthy adults.

Among the 50 patients, 29 had limited cutaneous SSc and 21 had diffuse cutaneous SSc. Healthy controls, including 12 females, had a median age of 52.

IL-33 levels were positively correlated with thicker skin, a sign of fibrosis, as measured by the modified Rodnan Skin Score.

Echocardiography was used to measure various facets of heart function in SSc patients. Diastolic dysfunction (DD) — a stiffening of the heart muscle, restricting the heart’s ability to fill with blood between heartbeats — was observed in eight patients. Disease activity and severity were higher in patients with DD than without it.

The TAPSE/sPAP ratio was taken as an estimate of the coupling between the heart’s right ventricle and the pulmonary artery that supplies blood from the heart to the lungs. A low ratio has been linked to worse outcomes and mortality in people with pulmonary arterial hypertension. TAPSE/sPAP stands for tricuspid annular plane systolic excursion/systolic pulmonary artery pressure.

Participants also underwent heart rate variability analysis, which is used to identify dysfunction in a person’s autonomic nervous system — the system involved in regulating involuntary bodily functions like heart rate, breathing and digestion. Such dysfunction is known to be an early feature of SSc.

Variations in the time between heartbeats is normal and indicates healthy autonomic function. In the patients, higher sST2 levels were linked to measures indicating less variation — a sign of autonomic dysfunction.

The findings suggest increased IL-33 and sST2 may play a role in the underlying manifestations of SSc, with sST2 in particular linked to cardiac and autonomic function.

The researchers noted, however, that the observed associations do not determine causality and that “no assumption can be made about a pathogenic [disease-causing] role for these biomarkers from this data.”

“Future larger studies are needed to confirm our preliminary data,” they wrote. 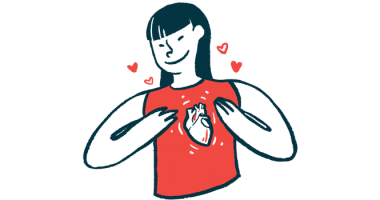 Galectin-3 May Serve as Early Biomarker of Cardiac Problems