Cyclosporine, also known as cyclosporine A, is an immunosuppressive medication commonly used to prevent organ rejection in transplant patients and to treat symptoms of rheumatoid arthritis.

As an immunosuppressant, cyclosporine works by reducing  immune system activity. It has been used in select cases, in people with evidence of severe disease, to help control the symptoms of scleroderma.

Scleroderma is an autoimmune disease in which the body’s immune system mistakenly attacks healthy tissues. By inhibiting the immune response, immunosuppressants dampen the immune system to lessen such self-destructive activity.

Cyclosporine acts on a specific type of immune cell known as T-cells. It binds a protein called cyclophilin. The cyclosporine/cyclophilin complex inhibits — blocks — the activity of another protein, called calcineurin. Calcineurin is involved in the production of the cell signaling molecule called interleukin-2 (IL-2), which is essential for the survival and function of T-cells.

A case study, published in 2016, assessed the effects of cyclosporine treatment in 12 localized scleroderma patients with severe morphea. These patients had become resistant to standard therapies. In the study, the 12 were treated with different doses of cyclosporine, ranging from 1.2 to 3.0 mg per kg each day, for a median of 14 months. They were followed for safety and effectiveness for at least two years and up to 14 years.

Closporine’s efficacy as a treatment was assessed by measuring the average body surface area affected by morphea pre- and post-treatment.

Five patients showed partial remission and another six achieved complete remission by the end of treatment (median cyclosporine dose, 2.4 mg/kg); one patient could not be adequately assessed. In four of the 11 responders, long-term remission was document, including in a patient followed for 14 years.

The researchers concluded that “cyclosporine can be an effective treatment alternative in [people with] severe morphea.”

An open pilot study, whose results were reported in 1991, assessed cyclosporine’s efficacy in eight people with severe systemic scleroderma, including multiple organ involvement.

Participants were initially given cyclosporine at 5 mg per kg each day, which was later reduced to 4.3 mg per kg daily. Lung, skin, gastrointestinal, heart, and kidney involvement were measured. After six to 12 months of cyclosporine treatment, improvements in skin involvement were seen in seven of the eight patients, and slightly better lung function in four patients.

In one patient, the disease progressed despite treatment. No serious side effects were found, and the researcher recommended that larger and controlled studies be undertaken.

Cyclosporine’s use is associated with an increased infection and cancer rate, as well as kidney injury.

Many side effects have been reported for cyclosporine. They include diarrhea, heartburn, headaches, flushing, ear problems, cramps, muscle and joint pain, and depression. Severe side effects include kidney damage, loss of consciousness, seizures, unusual bleeding, difficulties in motor control, and behavioral changes. Long-term use is generally not advised.

Patients should discuss the use of this medication carefully with their doctor, and be under supervision while using it. 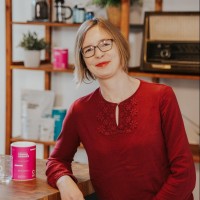 Grappling with My Identity as a Scleroderma Patient

When Choosing My Medical Team, It’s All About Attitude

Read all about her effort to raise funds for the Royal Free Charity Scleroderma Unit Here: