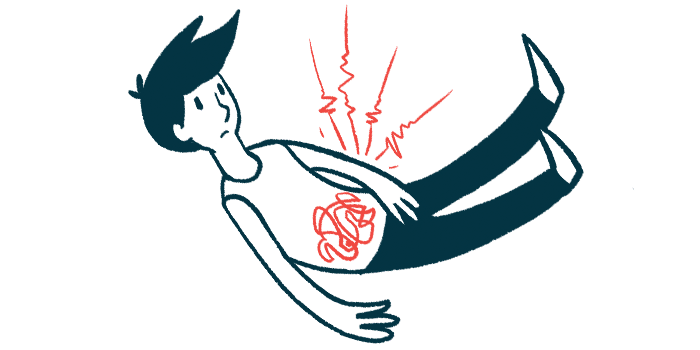 Disease duration, severity, and activity, as well as skin thickening, also were higher in patients with low muscle mass.

The study, “Symptoms related to gastrointestinal tract involvement and low muscularity in systemic sclerosis,” was published in the journal Clinical Rheumatology.

Art Is My Outlet for Coping With Scleroderma

Approximately 90% of SSc patients experience GI symptoms, and it is thought that GI dysfunction may contribute to the changes in nutritional status, including malnutrition, that sometimes are observed in SSc.

SSc patients often show loss of muscle mass, which could be related to GI and nutritional changes, although the association is poorly understood.

Muscle tone was measured using a bioelectrical impedance analysis, which calculated a fat free mass index (FFMI) for each patient. Muscularity was considered low at an FFMI of less than 15 kilograms per square meter for women, or 17 for men.

In addition, 10 patients (14.4%) had severe problems in emotional well-being and 13 (18.8%) were significantly limited in social function as a result of GI problems.

Total UCLA scores, which combine all symptoms, showed a significant, yet weak, negative correlation with FFMI, according to the researchers, meaning that patients with lower muscularity showed overall greater GI dysfunction.

Among individual GI symptoms, only bloating was associated significantly with low muscularity.

Changes to gut bacteria in SSc may underlie the relationship between bloating and muscle loss, the team hypothesized.

Recently, a “gut-muscle axis” was proposed, in which greater gut permeability to microbial products promotes inflammation and subsequent muscle loss in older adults. This process could be similar in SSc patients, who have some of the same gut bacteria changes that are seen in the elderly.

Of note, low muscularity did not correlate with either of the two measurements of inflammation — erythrocyte sedimentation rate or C-reactive protein levels — that were assessed in this study.

Malnutrition was diagnosed using two criteria — the European Society of Clinical Nutrition and Metabolism (ESPEN) and the Global Leadership Initiative on Malnutrition (GLIM) scales. Using ESPEN, eight patients (11.6%) were diagnosed with malnutrition, whereas 16 (23.2%) patients were malnourished according to GLIM.

Neither of the malnutrition scales were associated significantly with GI symptoms.

“The mechanisms underlying loss of muscle mass in SSc might be at least partially independent of nutritional factors,” the researchers wrote.

According to the scientists, even though inflammatory markers were not significantly different in the low and normal muscularity groups, body-wide inflammation is a driver of muscle loss in acute and chronic disorders. “Evaluation of the relationships between inflammatory response and body composition in SSc patients would be of undoubted interest,” they wrote.

Future studies should further probe the mechanisms underlying reduced muscularity in SSc in larger groups of patients, the team noted.

“In conclusion, the present study confirms that low muscularity is a common feature in SSc patients,” the researchers wrote. “The involvement of the gastrointestinal tract may negatively impact on muscularity through different mechanisms, the individual role of which deserves further investigation.”